“The Breath of Life” 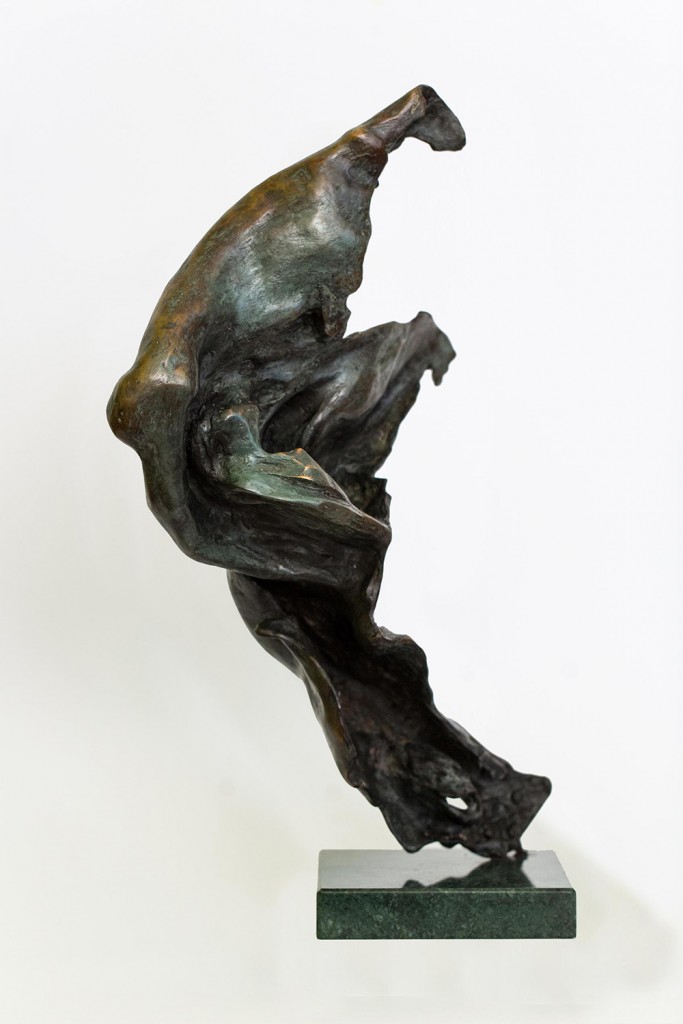 Matilde Mancini’s sculptures, shaped out of olive wood in a whirl of visual and emotional stimuli, cause the viewer’s mind to be tricked in its perception of the event: forms entwine around space, voids assume solidity, and the pace of the imagination is extended disproportionately under the swift flow of light. The artist blends together the charisma of the ancients with the sensibility of contemporaries: her works emanate a Pan-like desire for total immersion in creation, born of the awareness that, within every living being, there exists a spiritual turmoil capable of expanding, ennobling itself towards a definition, to the point at which each and every sculptured form becomes an almost hieratic simulacrum. The vitalism of her sculpted creations, the way they take possession of the space, the plurality of perspectives, the aesthetics of each fragment are all indicators of an art form which takes on an ancestral challenge, the roots of which are firmly embedded in the myth of sculpture itself, known as the “breath of life”.
Whilst not renouncing figuration, Matilde Mancini reveals Symbolist grandeur, an Art Nouveau sensibility, a tendency towards the abstract, but what emerges primarily from her work is a certain Baroque charm where it is not man who transmutes within the plant kingdom but rather, by dint of a conceptual overturn, it is nature which yearns to become human, touched by that regenerating breath capable of transforming matter into spirit. For the sculptress, an entire secret world is held within the medium of wood, an internal heartbeat which at its centre harbours the suggestion of every shape in existence; conjugating the implicit and frequently abstruse expressive qualities of the medium with her sophisticated sculpture techniques, Matilde translates into her sculptures the tension she experiences vis-à-vis a metaphysical sphere devoid of both content-based differentiation and formal barriers. Realized in the aerial dynamism of her woods and bronzes we see hazily undefined female forms, metaphorical figures, sublimations of flight yearning for the sky; they evoke an artistic language which, in their pictorial surface treatment, are reminiscent of masters such as Auguste Rodin and Medardo Rosso, the light, an expression of a cosmic soul, penetrates the very substance of the wood, it insinuates its way into the deepest crevices, it spreads across the most polished surfaces.

Born of this are polymorphic creatures, sculpted so as to follow the natural flow of the material, enhancing its venation, weaving around its knots, generated from a Pan-like vision of the world in which each and every being finds completion in another. “I hold eyes and ears within my hands” claimed Michelangelo, trying to explain the communicative capacity of sculpture; Matilde too, favouring an aesthetic form which delves deep into the strata of the human psyche, seeks to render her own ineffable emotions as tangible entities. Whilst looking at her sculptures, we will feel scourged by the same wind that convulses them, warmed by the hues of the wood, intoxicated by the dynamism of the quivering shapes, pulsating with secrets.
The choice of olive wood, a tree which lives for millennia, is by no means by chance: a symbol of strength, of re-birth and peace from the times of the most ancient civilizations, the olive encompasses the memory of Earth and the generations of life it has hosted, symbolizing the transcendence of the sacred. The interlacements of arboreal forms which the artist models with truly engaging musicality allude not only to the way that all things are in a state of continual flux but also to our existential angst and the human desire for ennoblement. In the course of our everyday meanderings, Matilde Mancini’s sculptures carve out a space for themselves in places pertaining primarily to the poetic and spiritual dimension of art, and likewise of life.